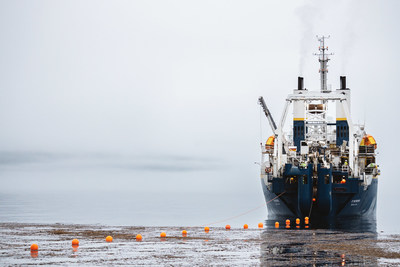 The project will deliver GCI's lightning-fast 2 gig speeds, unlimited data, and affordable plans to some of the most remote and underserved communities in the nation

ANCHORAGE, Alaska, Sept. 22, 2022 /PRNewswire/ -- The Native Village of Port Lions, in partnership with GCI, is the recipient of a $29.3 million grant from the National Telecommunications and Information Administration (NTIA). The grant funds will be used to construct a subsea fiber network that will deliver 2 gig residential internet speeds to the Alaska communities of Chignik Lagoon, Chignik Lake, Cold Bay, False Pass, Ouzinkie and Port Lions.

"During my recent trip to Alaska I met with the community members of the Native Village of Port Lions and know this investment in their community will be life-changing," said Assistant Secretary of Commerce Alan Davidson in a press release issued by NTIA Thursday. "Affordable and reliable high-speed Internet for these remote villages means access to jobs, health care and education. It also means keeping their community's future alive by bringing their community members back home."

The project award was the result of a successful collaboration among local agencies, businesses, Tribal organizations, and leaders from across the region.

"Everyone agrees that fiber provides the fastest and most reliable broadband service, and we're excited to partner with GCI to extend fiber-based internet service further into the Aleutians and across Kodiak Island," said Native Village of Port Lions Tribal Council President Nancy Nelson. "And this isn't just about our community. The NTIA's Tribal Broadband Connectivity Program is a once-in-a-generation opportunity to close the digital divide and bring digital equity throughout the region and the state."

The Port Lions application was submitted for consideration to NTIA's Tribal Broadband Connectivity Program (TBCP), which is distributing more than $1 billion for tribal broadband initiatives across the nation. With the approval of this grant, work can begin to connect consumers in Chignik Lagoon, Chignik Lake, Cold Bay, False Pass, Ouzinkie and Port Lions to fiber, which means access to plans with the same speed, data, and pricing as GCI's urban customers living in Anchorage, Fairbanks and Juneau.

"As someone who lived in a rural village for nearly 20 years, I know the challenges of living in rural Alaska — high costs of living and everyday essentials, limited infrastructure, and oftentimes limited economic opportunities. I'm a firm believer that digital equality creates economic and educational equality. Broadband deployment will be a game-changer in rural Alaska," said Alaska Governor Mike Dunleavy in a press release issued by NTIA Thursday. "Ensuring all Alaskans have access to equal economic and educational opportunities has been a priority for me as governor. We are glad to see federal infrastructure dollars used to improve the lives of Alaskans."

The new buildout expands on the foundation of GCI's AU-Aleutians Fiber Project, a $58 million project that, when complete, will be comprised of more than 800 miles of subsea fiber and local fiber-to-the-premises networks in each community. That project is scheduled to deliver 2 gig service to consumers in Unalaska later this year. The GCI AU-Aleutians Fiber Project was partially funded through a grant from the United States Department of Agriculture (USDA) Rural Utilities Service (RUS) program.

"The GCI team is absolutely thrilled," said GCI Director of Rural Affairs Jen Nelson. "This partnership with the Native Village of Port Lions means GCI can expand its AU-Aleutians Fiber Network, which is currently in construction, to provide high-speed broadband data connectivity to six additional communities in the region. Fiber is the gold standard of connectivity. GCI has decades of fiber optic experience, and we firmly believe that middle-mile fiber networks are the fastest and most effective way to close the digital divide in Alaska."

When complete, the AU-Aleutians Fiber Project will deliver high-speed broadband service to the approximately 7,000 Alaskans living in the Aleutian communities of Unalaska, Akutan, King Cove, Sand Point, Chignik Bay and Larsen Bay. With the Tribal Broadband Connectivity Program grant in partnership with the Native Village of Port Lions, Alaskans in six new communities will be added and the network will deliver urban-level connectivity to a dozen communities of all sizes in the region from Unalaska with a population of 4,333 to Chignik Lagoon with a population just 35 year-round residents.

"Gaining access to high-speed connectivity will be life-changing for the residents of this region, especially when they've lagged far behind others in the state for so long," said Alaska State Representative Bryce Edgmon.

"The project will effectively close the digital divide between these Aleutian communities and urban Alaska," said Senior Vice President of GCI Corporate Development Billy Wailand. "Fiber service will be a game-changer for consumers, fishing and maritime industries, schools and clinics, and will help these remote communities to realize their full economic potential. We're grateful for the tireless support of Gov. Mike Dunleavy; state Senator Lyman Hoffman and Representatives Bryce Edgmon and Louise Stutes; Tribal leaders and local organizations."

"We're pleased the NTIA recognized the importance of bringing digital equity to the region," said Kodiak Area Native Association Project Coordinator Tyler Kornelis. "As the organization that has provided resources for improved health and wellbeing to communities throughout the Kodiak region, we believe that healthy individuals live in healthy communities. This new, high-speed service will be a complete game changer as we work to further elevate the quality of life for those we serve."

About the Native Village of Port Lions 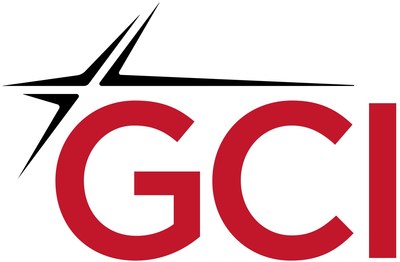